[Wrote this back in February soon after seeing the show. Never got around to posting it anywhere. Was reminded of it recently upon the arrival of four Rollins spoken word CDs that I ordered from his publishing company, so here it is.]

Henry Rollins is touring Australia and New Zealand doing spoken word as part of the Big Day Out. He was added to the bill late in the piece when several other bands pulled out or, as he put it, when they were really scraping the bottom of the barrel. This is only the second time he’s done spoken word at an actual music festival.

And like many of the BDO bands, he’s doing side shows, but not in the places you’d expect. This time, it’s the regional centres like Geelong and Byron Bay. This guy could fill the Palais or even the Concert hall, but he chose this time around to keep it small. Either that or the other venues were booked!

The Geelong Performing Arts Centre is actually a nice venue, and this evening was almost completely full of people from Melbourne, despite being out of town on a Tuesday night.

Henry Rollins is a person of interest. In these paranoid times, a tattooed man sitting on a plane, highlighting passages from a book called “Jihad” (written by a journalist from the Wall Street Journal, and on the New York Times best seller list for months) is considered suspicious, at least by the idiot sitting next to him on the plane. Thankfully the woman given his case at the Department of Foreign Affairs was a fan, so she wasn’t offended when Henry told her “fuck you, and tell your boss fuck you as well!” But now heâ€™s on the official list as a Person of Interest.

Henry’s been at this a long long time, as the stream of spoken word albums shows, and is a fantastic performer. His shtick is still the same – angry old rock guy yells at you for two hours. And somehow he never seems to repeat himself.

The audience consisted mostly of angry suburban white boys, here to see the Uber Angry suburban white boy. He wraps the mic cord around his hand three times, like he always does, strikes a pose, and starts talking. We were fully transfixed for two hours and twenty minutes. This time around he bagged the Bush administration: “I donâ€™t lie, that’s the vice presidents job”, the destruction of New Orleans, his trips to Wal-Mart in his band’s tour bus, the “Def Leopard Express”. By far the most bizarre anecdote concerned the USO, the group who sends entertainers to war zones to boost the moral of the troops. Apparently wherever they go, the soldiers are asking to see Henry, so they called him up. After explaining that they might want to check him out before hiring him, they called back, called him a potty mouth and sent him on a tour of the Middle East. It defies the imagination to think of Henry Rollins standing in a room “full of armed men” in Baghdad, calling Bush a dummy, and no one getting hurt. He’s also visiting injured soldiers in hospital, which made him understandably even angrier than usual.

One gets the impression that he goes and does stuff in order to have stories to tell, such as his trip on the Trans Siberia Railroad. He seemed disappointed by the experience, since the only stories he got to tell were about the cranky Russian woman who looked after the passengers on the train, and the amazing barfing he did after some bad Russian fish. Rollins is also allegedly in a band, which no one quite remembers, one wonders if perhaps it also exists mostly as a source of more stories.

Henry Rollins is old. He’ll be 45 on February 13th, 2006, the biceps are still firm, the tattoos still clear, but the hair is getting seriously grey, so that he’s buying clothes to match. And “tourists are living in the lines on my face.” But heâ€™s still king of the angry white boys, after the show a knot of them, none more than 19 years old, gathered out the back of the theatre attempting to catch a glimpse of the Person of Interest. More power to Henry’s Adult Attention Deficit Disorder.

One day in forty years time, they’ll be wheeling an ancient Henry Rollins on stage so he can continue to act like an eighteen year old. We should all grow old this disgracefully. 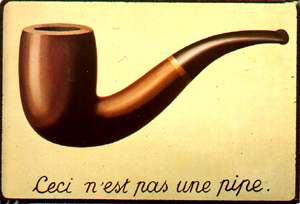 This is not a blog.

This is a just a site, in the old fashioned sense. The web has seen more than enough blogs, millions upon millions being created every day. The have evolved from their original purpose – a kind of web diary – into something that purports to be more. However, aside from blogs written by actual journalists, most of them can only be opinion pieces. Millions of opinion pieces.

Blogs entries often also take the form of “Check out this cool thing I saw on another site”, which almost has the effect of making the web a self-referential closed system.

I will endeavor to avoid both these extremes, and will infrequently post “check out this cool thing” and “Another episode from my life” type of entries. I have another, personal blog on one of the major blogging sites for that, and that mostly because I have formed a small community of people on it. Most of whom I knew offline already. I’m also using it as a kind of externalised memory. This is an outlet for my more serious writing.

And my only real source for “look what I found” posts are sites that you could just as easily browse yourself. Such as slashdot, digg, b3ta, plastic.com and so forth. See post to follow.

And here are too many blogs out there already anyway. I tried to demonstrate as much early in 2004 when I created the entirely fictitious “Goatboy Diaries”. The life and times of a poor wage slave in a cubicle somewhere. Ok, so that part is true.

Having said that, I canâ€™t pretend that I am a writer or journalist. Like 99% of people online, I rarely have access to original sources, nor do I have the backing of a large organisition with the ability to do research. This is what distinguishes most efforts from actual news organizations. I do have access to a very small number of People of Interest and News Worthy events, which I will exploit and publish here. Even if I have to generate news myself through my efforts as an activist.

My interests are diverse, and in some wayâ€™s counter to each other. For example, the last five magazines I acquired where Flight International, the New Yorker, Viz comics, New Scientist and Time magazine. I also regularly read Adbusters and other journals of that ilk. More on these later.

Self published sites like this are necessarily promoting a (hopefully unique) point of view. I will let you guess what my political leanings are through the content I create. I am a member – just – of one of the major political parties here in Australia, but out on one edge with a love-hate thing going on. I suspect this is the case for all free thinkers attempting to graft themselves onto a larger, more cumbersome organization.

Another thing that differentiates a blog from serious journalism is the used of the personal pronoun, the inclusion of the reporter into the story. You will see the words “I” and “me” and “myself” on this site frequently. I could pretend Iâ€™m channeling Hunter Thompson, who was frequently the story himself, but no – I just never went through a course or cadetship to learn the pyramid story structure or the exclusion of self from the narrative.

I will publish here as frequently as the muse and my time allows me – which may not be often, I am after all employed full time and have many other things on my plate.

And finally, a few guidelines on the site itself. I used WordPress software simply because Iâ€™m familiar with it. And a slightly tweaked version of a template because I donâ€™t know enough PHP to create my own. If I had the time Iâ€™d learn how to use joomla but for my purposes, this setup is sufficient. I will by default place most links at the end of an entry, rather than breaking up the flow with highlighted blue text. I find that when reading webpages I read a few sentences then jump off to the links as soon as I see them, one of the downfalls of Tim Berners-Leeâ€™s little invention here, and my short attention span. Also, there are no ads on this site, and so it will remain until the unlikely day that I canâ€™t afford my web hosting due to the number of hits I get.

And finally I am verbose. As you can see. Get used to it.